The Equal Opportunities Initiative Association implements a program aimed at empowerment of Roma voters with the financial support of the Roma Initiative Office of the OSI.

The project aims to promote the principles of equality, rule of law and democracy by conducting a series of activities for endorsement legislative changes in relevant legislation, concerning Roma in Bulgaria and their right to vote as Bulgarian citizens. It also envisages to support the informed and free of threats vote right of the Roma, to empower the community to perform self-monitoring of the elections and minimize the misuse of Roma votes as well as to secure further opportunities to for the community to hold the elected persons accountable. The project aims to organize activities in four electoral locations with intense Roma population by establishing community cluster groups, the members of which will receive training to enable them to act as civil monitors during the forthcoming election campaigns to minimize the misuse of Roma votes, to report misuse before the relevant institutions, to secure informed and free of threats choice of Roma voters organizing informational campaigns, to motivate Roma voters to exercise the electoral rights through active participation in the elections and to further organize post-electoral points for monthly meetings of the community members with the elected persons. The four groups will be further institutionalized and united in "Roma voters for free and informed election rights" civil network, which will further organize joined activities to promote electoral rights, to prioritize Roma problems and to lobby to include the latter within the political platforms of the main political parties. The network will establish connection and plan and implement joined activities with non-Roma civil movement groups for promoting electoral rights – Fare elections web project; Institute for development of public environment; Civil Forum for fare elections.

The Equal Opportunities Initiative Association works on the program in partnership with:
I. Local Roma Groups from four locations in Bulgaria: 1. Blagoevgrad (contact: LIDER Association), 2. Bourgas (contact: Regional Roma Union), 3. Sofia (contact: EOA) and 4. Pazarjik (contact: Local Community Council);
The LIDER Association is a new Roma non-governmental organization, registered and working in South-west region of Bulgaria. Young and enthusiastic Roma men and women self-organized themselves and successfully work to provide services for Roma community in the region, focusing on the rights of Roma women.
The Regional Roma Union is a Roma non-governmental organization, which works to promote social rights of the Roma community in Bourgas and South – east region in Bulgaria. For more than 15 years the organization implements projects founded by OSI – Sofia Roma program, focused on Roma children and health care issues.
The Local Community Council works in South – central region in Bulgaria and is self-organized entity with no formal registration, which focuses on advocacy activities before the local administration and local authorities in favour of Roma community in the region.
The aim of the project is to initiate and contribute to legislative amendments that will bring change in terms of equality for Roma to exercise their rights to vote and the at the same to builld up a stronger electoral culture among the Roma community, mobilizing the young and educated people, providing them with qualified training and providing space for creation of formal civil unity, which will collaborate with similar entities established to work for securing fair elections and electoral rights of the people and accountability of the elected persons.

The objectives of the program include:
1. Organizing a strong legal team that will analyze the existing legislative weakness and draft relevant changes for securing equal treatment of Roma in the forthcoming elections in Bulgaria;
2. Supporting an evidence based lobbying campaign by conducting a media monitoring and data collection from local partners on the most common election abuses (in the form of case studies);
3. Conducting a series of lobbying activities among parliamentary present political parties and raising support for the envisaged changes.
4. Achieving self-organization of Roma for securing fair elections and Roma participation. Establishment of four local Roma self-organized groups for monitoring elections and participation of Roma in the election, securing informed and free of threats Roma vote and accountability of the elected persons;
5. Securing of qualified training on the election systems and electoral rights for the members of the Roma groups;
6. Establishment of formal Roma unity for free and informed election rights;
7. Organizing of joined activities between Roma unity and other unities for free elections;
8. Organizing of post-electoral activities aimed at accountability of the elected persons.

The program targets parliamentary represented political parties, except Ataka, the far right and nationalistic political party) as well as elected persons from electoral regions with predominant Roma population (on local and national level) to be hold accountable for realization of the pre-electoral programs by the community through organizing post-electoral "accountability points", which will provide space for meetings and engage the elected persons on a monthly basis. The project also targets the society as whole by formulating sensitive and anti-discriminatory media messages for decreasing the media intolerant speaking and thus raise greater support to the envisaged activities. The program also targets the National Ombudsman Office and non-Roma civil movement groups for promoting electoral rights. The program targets political parties and groups with nationalist profile, which aim to restrict Roma participation in the electoral process and political forces, which trend to use and misuse the Roma votes for their own aims. The program works in coalition with local Roma civil organizations in the four targeted locations, which will assist in implementation of the goal and objectives. The team is planning on engaging leading non-governmental organizations with proven experience in lobbying and advocating for Roma rights such as OSI Sofia, Transparency International Bulgaria, and Institute for public environment development. The program constituency includes members of the Roma community in four locations in the country: Sofia, Blagoevgrad, Pazarjik and Bourgas regions. The program concentrates on young Roma people (age 18-35) to be engaged as members of the cluster groups, keeping the gender balance in the groups. The whole community in the four areas is expected to benefit from the program (people of 18 years of age and above). 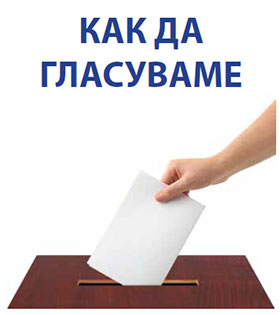